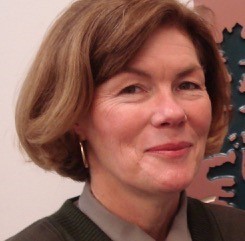 Lucy Lawliss BLA ’79, MLA ’92 has received the 2019 CED Alumni Association’s Distinguished Alumni Award. She was presented with the medallion on August 22 during the CED’s 50th Anniversary kick-off event and exhibition opening.

Lucy Lawliss, FASLA, received her undergraduate (1979) and graduate degrees in Landscape Architecture with a certificate in Historic Preservation (1992) from the University of Georgia. She retired from the National Park Service in 2016, with 25-years of experience as a historical landscape architect and program lead for the Southeast Region, Atlanta, GA (1991-2001), the NPS Cultural Landscapes Program lead in Washington, D.C. (2001-2005), and finally as superintendent for three historical parks in the Northeast Region (2008-2013) which included three National Historic Landmark sites. Throughout her career she played a lead role in developing the methodology for inventorying, evaluating, and managing cultural landscapes, including designed and vernacular historic cemeteries. Ms. Lawliss authored several award-winning publications including Residential Work of the Olmsted Firm in Georgia, 1893-1937 (1993) and was an editor and author for The Master List of Design Projects of the Olmsted Firm, 1857-1979 (2008).

Since her retirement, Ms. Lawliss moved to Bradenton, Florida, and has been serving as Chair for the National Association for Olmsted Parks and the lead for NAOP’s effort to promote a 2022 nationwide celebration of the Olmsted legacy in association with the bicentennial of Frederick Law Olmsted’s birth.