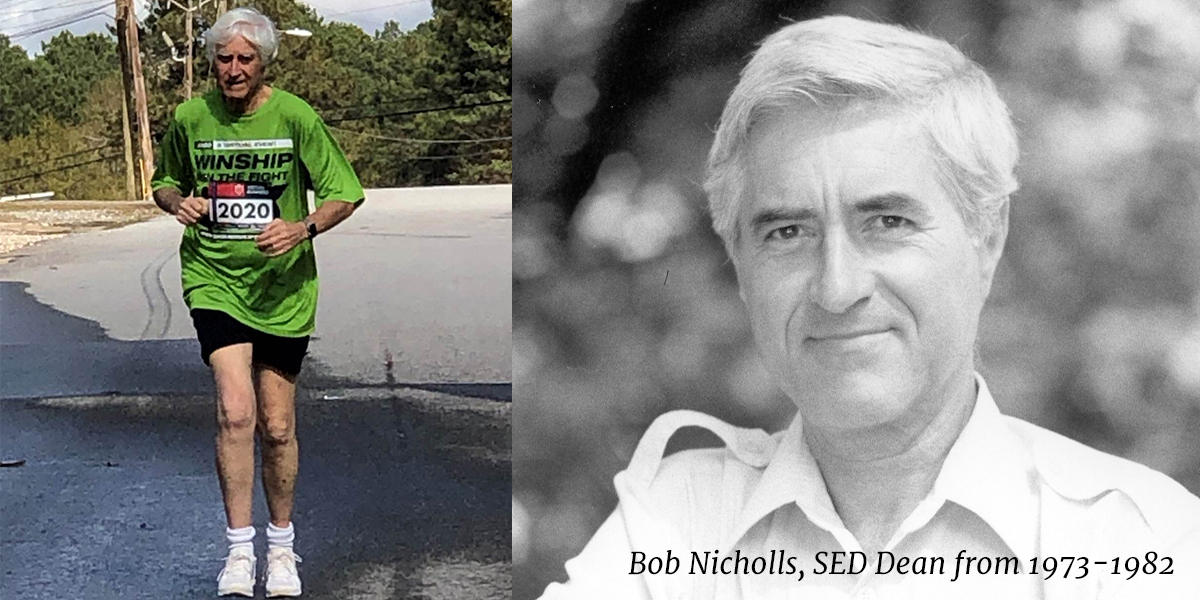 The CED community congratulates Dean Bob Nicholls on receiving first place in his age group for this year’s Peachtree Road Race. The 51st annual race, which normally is run on July 4 in Atlanta was modified as a completely virtual event on Thanksgiving, 2020 due to Covid-19. Participants were given a special app on their phones and were allowed to complete the 10K between the hours of 12:01 a.m. and 11:59 p.m.

Thanksgiving happened to also be Bob’s 90th birthday. As he said, “I was the youngest 90 year-old to win in the age group.” Bob ran the entire race at Sandy Creek Park in Athens with the help of his son Peter who stood by with an extra battery for his phone.

Bob has been running the “Peachtree” since the late 1980s. He placed second in his age group twice before, and even came close to winning once, but said that while he was 30 seconds ahead of his competitor, he stopped to help a fellow runner and ended up coming in second place.

This year, he beat him.