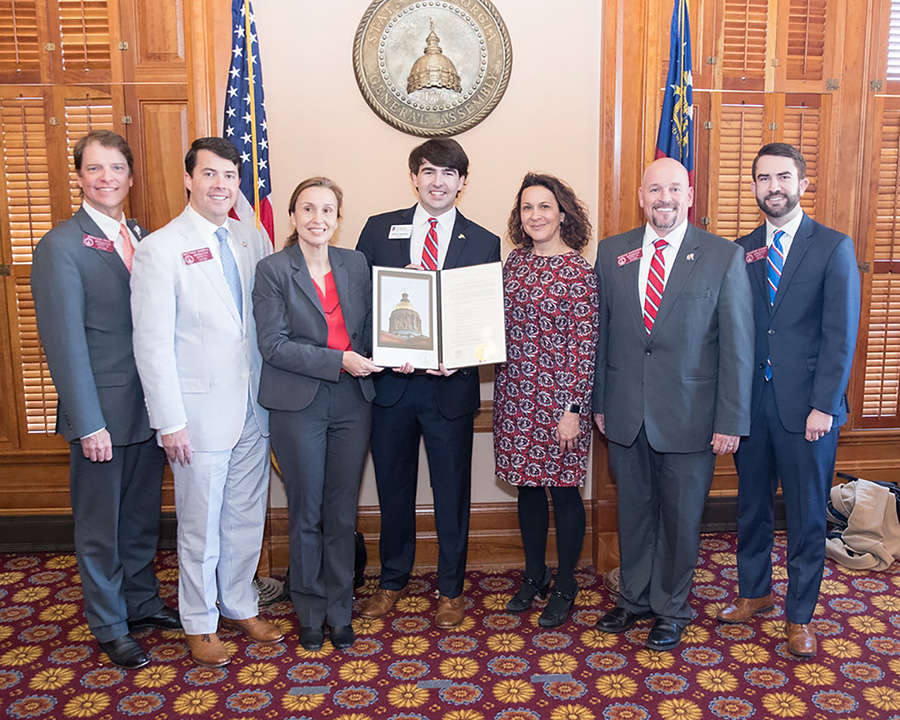 The College of Environment and Design was recognized by the Georgia State Legislature at the State Capitol on Tuesday, April 2nd in appreciation of its long history, contributions to the State of Georgia, and in celebration of its 50th anniversary as a school. Representative Matthew Gambill (District 15) sponsored the resolution. BLA student Braden Meadows joined Dean Sonia Hirt and CED’s Director of Development Jennifer Messer at the event.

“With the General Assembly’s adoption of the resolution to recognize the CED, strides were made to inform the general public about the core values and principles that undergird landscape architecture, historic preservation, and planning, as well as our positive impact on the state. As an upperclassman in the CED and a future alumnus, I think that the resolution recognizes the CED’s stature and amplifies its relevance within the realm of practicing professionals,” said Braden Meadows.

The CED became its own school at UGA under the deanship of Hubert Bond Owens in 1969. Since then, it was designated a college. CED will be celebrating 50 years (1969-2019) with numerous lectures, exhibitions, symposia and special events during the fall semester 2019 and spring semester 2020. For more information, go toced.uga.edu.