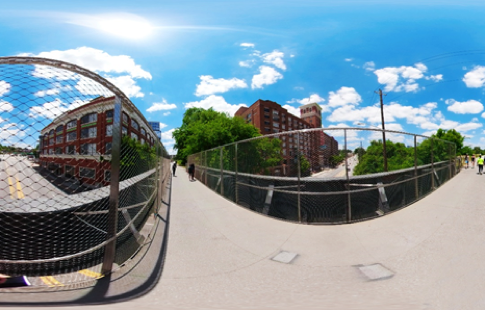 The College of Environment and Design’s Senior Project and Graduate Capstone  summer studio was held fully online, but that did not stop the landscape architecture students from experiencing their project site from afar. Dr. Jessica Fernandez’s class used emerging technologies for site exploration and analysis of their Atlanta BeltLine urban plaza and multimodal trail project located in Atlanta, Georgia. Most students had not visited the site, which was located on the Eastside Trail adjacent to Ponce City Market. Unfortunately, due to the global pandemic, an in-person class site visit was not in the cards. 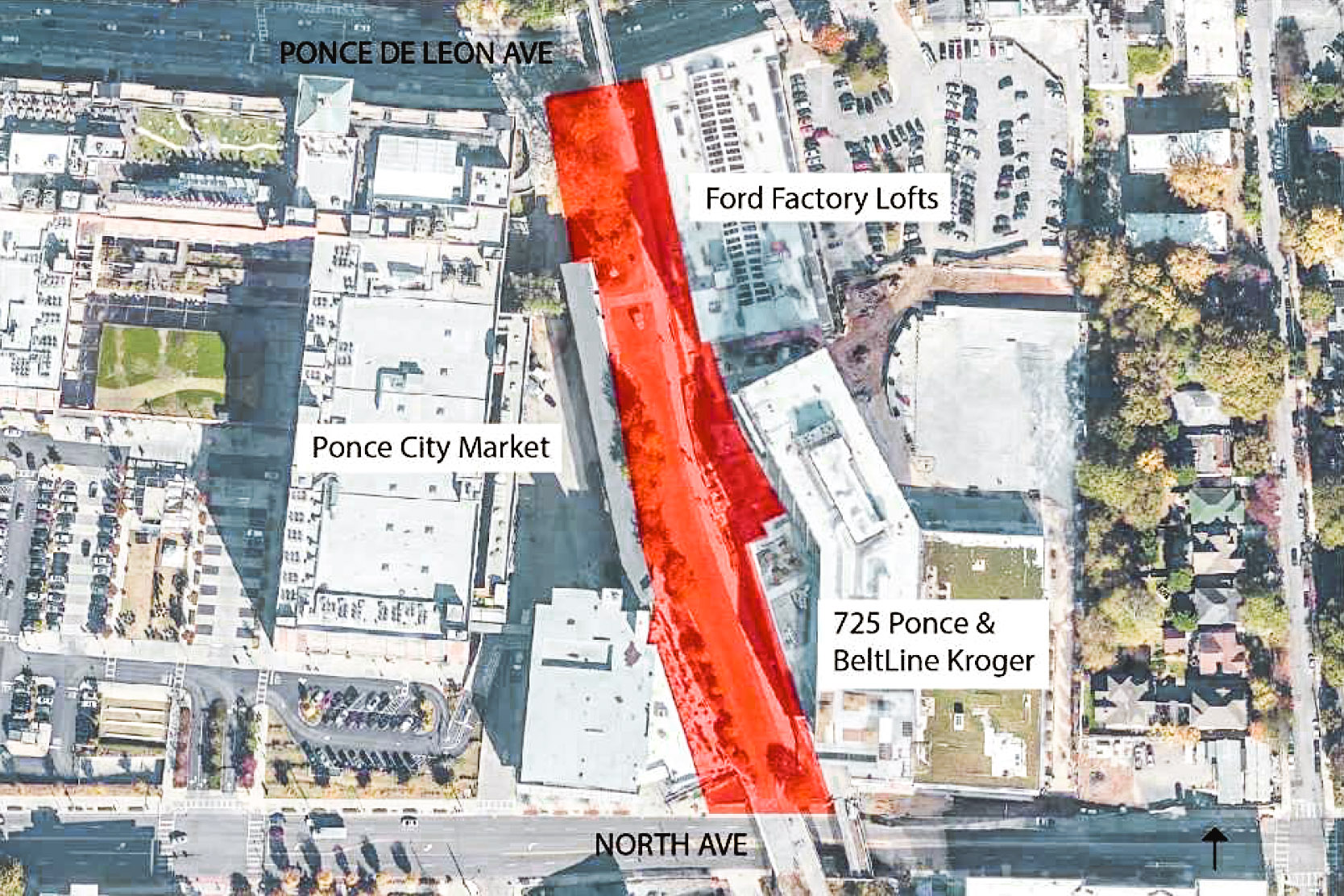 To take this site design challenge head on, the studio implemented virtual reality (VR) technologies from home with the help of affordable personal Google Cardboard headsets. The headsets create a VR experience through the placement of a smart phone within the headset, paired with applications that have street views to allow to user to feel as though they are in the space being viewed. Through this method, students were able to experience a VR bike ride of the Beltline trail that runs through their site, allowing them to get an impression of the hustle and bustle of the area as well as hear the sounds of birds, wind, people, and nearby traffic.  Students described that they were able to get a “feel of the space,” which would not have been possible otherwise. Students were also provided with VR Hotspots of the project site so that they could access various locations from different vantage points. One student described the VR Hotspots as “a better form of site photos” that can be experienced over and over. The hotspots are 2D overlays placed in a 360 degree360-degree environment that create an interactive experience for the user.

Additionally, students reviewed and analyzed social media data tagged under the Atlanta BeltLine moniker to understand how the general public interacts with the multimodal trail.  Social media posts were categorized based on qualitative analysis tracking variables such as tone, mood, the time of day during which the post was posted, and whether the posts were created by tourists or Atlanta locals. Dr. Fernandez frequently collaborates with Dr. Yang Song of Texas A&M University on the exploration of social media data as a source for understanding place. Dr. Yang was able to serve as a resource and guest critic for studio reviews, instructing the CED students to use this methodology to understand when and how people use the Beltline, as well as what people currently like and don’t like about the site and its immediate surroundings.

Example of student output from analysis of Instagram and TripAdvisor data of the project site. By students Jeffcoat, Rymer, Teague.

Dr. Fernandez stated that, “we are excited to push the envelope on how we approach the assessment of sites that landscape architects work on. Many times, as designers, we are not able to return to a site over and over, and our knowledge of experiential and human-based site information can be limited. The methods applied in this studio help overcome those challenges.” As one student put it, emerging technologies for site design and analysis are “definitely the future” and created a unique exploration of a site project during a time of social distancing and online design learning. Without the possibility of online instruction, Dr. Fernandez would not have been able to teach the summer studio at all. The course not only gave her a chance to continue her research, but also teach students valuable lessons in design.

Aside from, but connected to the online summer, Epic Games has awarded the College of Environment and Design with a $25,000 Epic MegaGrant to integrate virtual reality and advanced visualization technologies into teaching and research efforts. The grant, secured by Dr. Jessica Fernandez, will help increase the visual literacy of design students and provide a platform to re-imagine approaches to the design and planning of the built environment. Funds will fuel the creation of course materials to teach emerging technologies, the purchase of equipment for virtual reality stations, and the acquisition of virtual site elements to aid students in the creation of immersive environments. This grant will not only help to create new interactive experiences for students but will also allow them hands-on experience with technology that may be an integral part of their future profession. 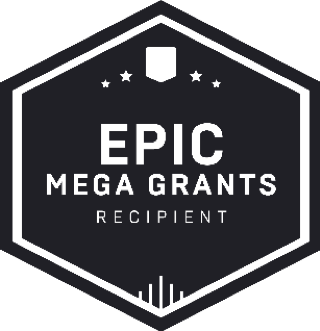 Click below to see the videos students used with the Google Cardboard headsets and experience a taste of the summer studio for yourself!

(use your mouse to scroll around on the screen)

[link in bio] Prof. Jessica Fernandez’s BLA Capstone studio was held fully online this summer, using emerging technologies to explore and analyze their Atlanta BeltLine multimodal trail project from their homes. Students used Google Cardboard headsets to experience a Virtual Reality bike ride of the Beltline near Ponce City Market, allowing them to get an impression of the hustle and bustle of the area as well as hear the sounds of birds, wind, people, and nearby traffic. Additionally, students reviewed and analyzed social media data tagged as Atlanta BeltLine on Instagram and TripAdvisor to understand how the general public interacts with the multimodal trail. Fernandez’s research in the application of social media data in design was enhanced by having the students test these tools this summer. Of the VR bike ride, students said “I think It's the next best thing if a designer isn't able to do a physical site visit (especially during shelter in place times)” but also “I was definitely missing touch and smell…there's so much more to get out of it when you physically walk/ride through a space.” As for using social media to assess a project site, one student said, “It could be useful for understanding what existing features on a site people are drawn to, and for examining what features of a space the average Instagram user deems picturesque or exciting. However…as it tends only to be drawn primarily from relatively young audiences that have access to & understanding of smartphone technology & social media… [it] should not be the primary driver behind many major design decisions.”