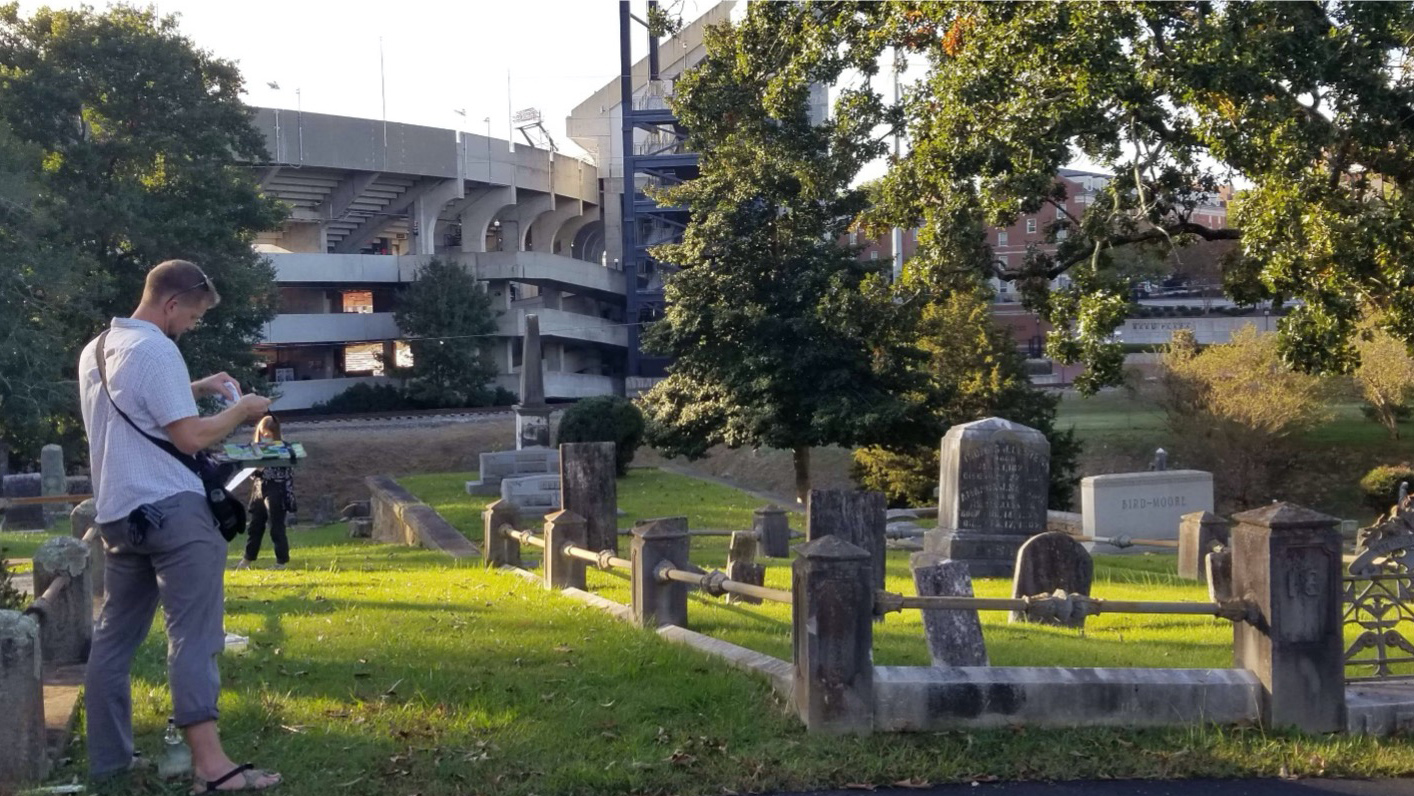 A decade ago, Cameron Berglund traveled to Uganda to work as a landscape designer and instructor at the CIDI Training Center for Gardening and Landscaping, a vocational school in the country’s capital. During his two years in Kampala, Berglund put together a curriculum to introduce post-high school Ugandan students to landscape design and installation. After working for many years in the US, his desire to be more service-focused led him to step out and explore how landscape architecture could be used in the majority world. The relationships he formed while in-country greatly broadened his understanding of landscape architecture’s potential impact, especially through education. His time in Uganda strengthened his passion for service and helped to ignite his continued desire for teaching.

Today, Berglund is the College of Environment and Design’s newest faculty member. He began as a lecturer this August and is currently teaching undergraduate studio and site engineering courses. Berglund is excited to be in the classroom and brings with him an innovative toolset of real-world, hands-on, learning opportunities. Blending multiple technical and innovative approaches, he enjoys utilizing unique ways to illustrate and explore design thinking and skillsets.

“Laser landscapes,” he says, of one of his recent site grading exercises, “helped the students to create and visualize how topography works in real environments. Plus, you got to play with lasers, which surely makes site grading more interesting!” Using projection laser levels, students drew, copied, and “installed” contour lines on areas of campus. This helped illustrate the concept of topography and allowed students to understand the relationship between the 2D representation and 3D manifestation of site typologies. “It turned into a blend between ephemeral art installation and engineering education,” says Berglund, “the best of both worlds!”

Figure 1: Students in LAND 3330 projecting contour lines from a topo map onto the campus landscape. The laser projection represents a contour interval from a map, and provided students the opportunity to see two-dimensional contour lines in relation to the three-dimensional ground surface.

Another area Berglund hopes to strengthen in his new role at CED is the expansion and revitalization of the design-build curriculum. He plans to bring his passion and energy in collaboration with current professors to expand this pedagogy as a vector for both domestic and international service projects.

In addition to service and innovation, Berglund brings a unique skillset as an artist and architectural illustrator. As an active member of the American Society of Architectural Illustration, he regularly works with domestic and international design firms to help visualize both their architecture and landscape architecture projects. Adept in both digital and traditional watercolor abilities, he looks forward to sharing this skillset with his students as well. To that end, he recently created a weekly drawing meetup called AthSketch where fellow drawing enthusiast get together for “plein air” sketching.

“Sharing my passion for drawing on-location has been something I’ve gotten to do all around the world.” Berglund comments, listing off several countries where he has taught workshops and held sketching groups.  While the AthSketch group had a hiatus during the beginning of the pandemic, it has re-initiated meetups in the last month, and meets weekly. Additionally, Berglund will be facilitating a workshop on plein air sketching for this years UGA Spotlight on The Arts. 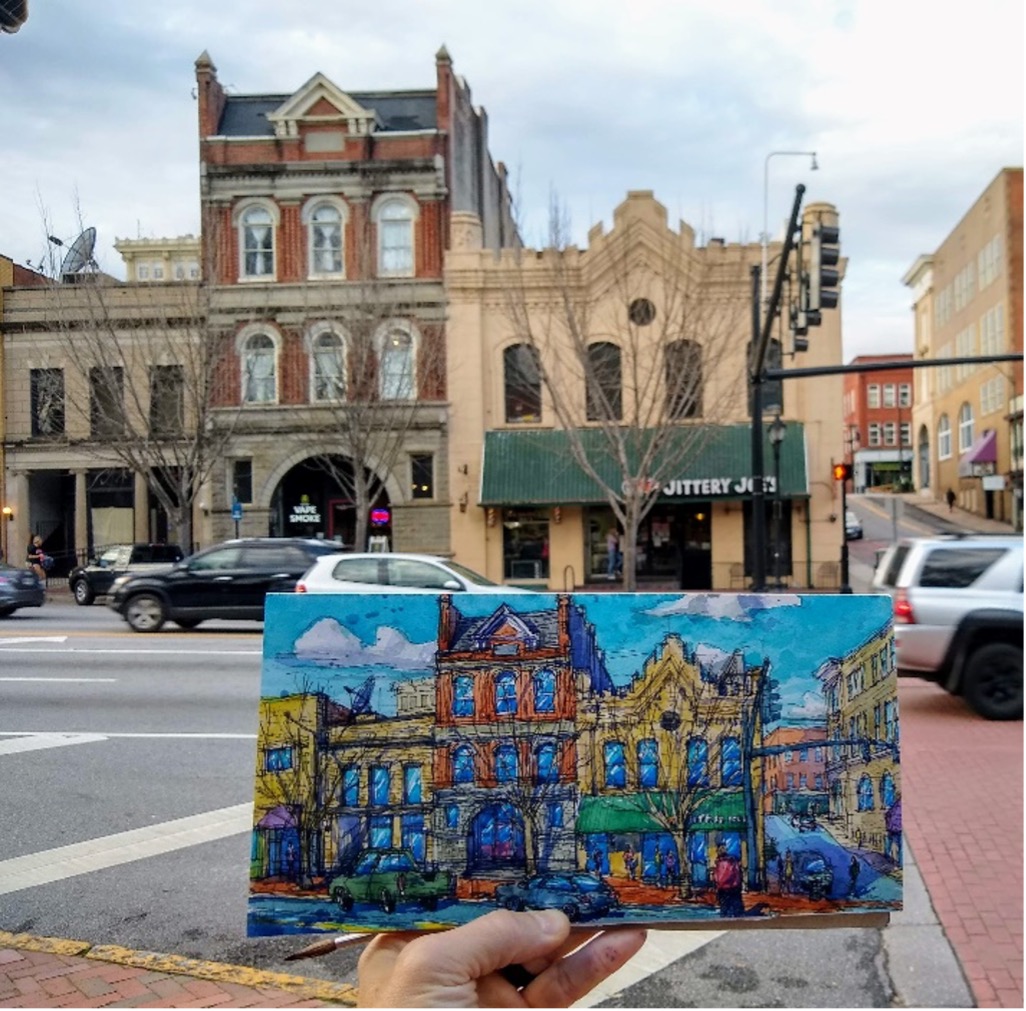 Prior to his current role, Berglund taught at CED as a graphic workshop facilitator at and as a part-time instructor the Lamar Dodd School of Art. In addition to his faculty role, he also operates his own practice, Berglund Studio. Prior to Berglund Studio, he worked for multiple prominent firms around the country for a wide range of clients, including Disney, Universal Studios, Centennial Olympic Park, and Hard Rock Resorts. One of his recent accomplishments includes serving as the lead designer for the Alice H. Richards Children’s Garden at the Georgia State Botanical Garden. Working for Koons Environmental Design, Berglund designed much of the garden’s layout, details and signage from early concept through final construction. 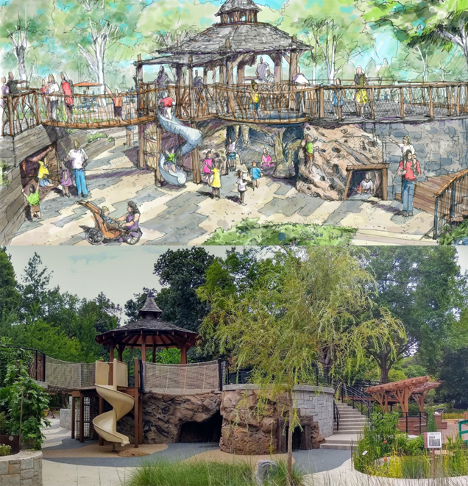 Figure 3: A digital and hand drawn illustration of the Over-Under-Through area at the Alice H. Richards Children’s Garden in the State Botanical Garden of Georgia. Berglund was the lead designer and illustrator on this project while working with Koons

Berglund received his BLA (’05) and MLA (’16) from the University of Georgia. He enjoys creative problem-solving on multidisciplinary projects, and remains active in professional practice, through his firm Berglund Studio. He looks forward to continuing his multidiscipline design and illustration work in conjunction with passing on his passion and knowledge to the next generation of designers.

You can connect with Professor Berglund and learn more about his work in one of many ways.