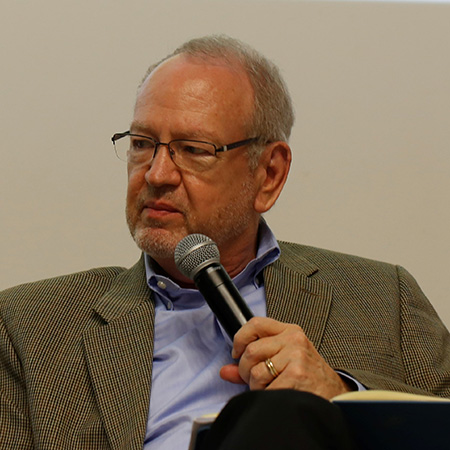 A network of experts, ICOMOS is a professional association that works for the conservation and protection of cultural heritage places around the world.  ICOMOS promotes the application of theory, methodology, and scientific techniques to the conservation of the architectural and archaeological heritage. Founded in Warsaw, Poland in 1965, and now headquartered in Paris, ICOMOS evaluates, monitors, and advises entities such as UNESCO concerning World Heritage Sites, including those threatened by war and natural disasters. ICOMOS has more than 10,000 members in over 150 countries across the globe.

According to US/ICOMOS president Douglas C. Comer, “James Reap has been a wise counselor to US/ICOMOS and ICOMOS, and a stalwart member of both. By his work and his personality, he has provided an invaluable connection among our own United States national committee, ICOMOS International, and the full array of ICOMOS scientific committees. He has the rare gift of being able to provide straightforward and clear observations in ways that lay out paths for cooperation and progress.”

Professor Reap has worked on preservation issues in Eastern Europe, Central Asia, Africa, the Middle East, and the Caribbean, and has taught heritage conservation not only in the United States but in Russia and in Jordan as a Fulbright Scholar.  In 2016, he was appointed by President Obama to a three-year term on the Cultural Property Advisory Committee. Reap holds a JD from the University of Georgia and a BA from the University of North Carolina at Chapel Hill.