Project Profile: Flood Resilience for the City of Tybee Island

Residents of Georgia’s coast are familiar with flooding, but the recent rise in sea levels means those floods have grown more frequent, even on days without storms. The City of Tybee Island and its residents are now working with affiliates from the University of Georgia’s River Basin Center (RBC) and Institute for Resilient Infrastructure Systems (IRIS) to develop responsive, actionable guidelines for flood-susceptible areas in the collaborative Tybee Island Back River Study, funded by the National Fish and Wildlife Foundation’s National Coastal Resilience Fund and the Georgia Department of Community Affairs.

The objective of the Tybee Island Back River Study – conducted by the City of Tybee Island together with UGA’s Colleges of Agricultural and Environmental Science, Engineering, and Environment and Design, along with the Marine Extension and Georgia Sea Grant and the Skidway Institute of Oceanography – is to assess and augment the island’s flood resiliency through natural infrastructure solutions. The study is less driven by direct-impact events, like storm surges or wind damage, but instead looks more closely at “sunny day flooding,” the repeated hightide flooding in areas that are not traditionally flood-prone. The project is the result of a partnership between UGA faculty and students and includes RBC affiliates Alfie Vick, Brian Bledsoe, and Jon Calabria, as well as  Clark Alexander, Jill Gambill, Alison Smith, and Alan Robertson, the Project Manager for AWR Strategic Consulting.

The Back River Study divided its partners into groups to encourage maximum engagement between experts, stakeholders, and residents. UGA faculty and students were the study’s primary Research Team, while scientists and representatives of the Georgia Department of Natural Resources, the U.S. Army Corps of Engineers, members of Rep. Buddy Carter’s office, the City of Tybee of Island, and other private, non-profit, and local governmental organizations made up the Technical Advisory Group. The Resident Advisory Group included members of the City of Tybee Island’s local government and Planning Commission and Beach Task force, as well as residents and local business owners.

Vick and the Research Team worked diligently to gather a broad range of input from community stakeholders and deployed a GeoSurvey for the City of Tybee Island in support of that effort. GeoSurvey is a mobile and computer application that collects crowdsourced survey information. Tybee Island residents submitted photos via GeoSurvey to help the Research Team identify areas and create recommendations for land vulnerable to flooding, erosion, and marsh die-off. Natural infrastructure solutions speak directly to Vick’s own expertise in green infrastructure that, as he explains, “blurs the distinction between stormwater management and habitat and aesthetic landscaping and make those all multifunctional in one solution.” Vick feels the local, user-generated information collected on GeoSurvey was an invaluable resource for the Research Team, who used the data to develop adaptable recommendations – like building bioretention systems and bioswales – to alleviate run-off and other flooding issues.

The Research Team also organized a virtual charette for residents and stakeholders in spring 2021 to pinpoint potential conflicts and to find their possible solutions. The virtual charette generated some surprising solutions. Vick and the Research Team, for example, had expected retreat solutions, such as government buy-back program for vulnerable properties, to be unpopular with residents. When considering the range of potential strategies, however, residents were interested in considering innovative retreat strategies, such as government programs that buy back the most vulnerable properties at market value but allow their former owners to rent back their homes at rates comparable to their previous mortgage payments. The bought-back houses would not be torn down until made uninhabitable by repeated flooding which, as Vick notes, would allow people to remain in their residences as long as possible without placing an unreasonable burden on their finances or the local government. Vick and the Research Team will maintain an ongoing working relationship with the City of Tybee Island to emphasize how important it is for UGA to be seen not as “swooping in, delivering recommendations and then swooping out, never to be heard from again,” but as long-term partners vested in the island’s ecological health and its community’s resiliency.

The Back River Study additionally included natural infrastructure designs from UGA undergraduate engineering capstone and landscape architecture studio students. The engineering students developed designs for the City of Tybee Island’s flood prone areas based off hybrid infrastructure work they had undertaken during the academic year. Those designs were used in the virtual charette – which the students also helped organize – to elicit resident feedback. The landscape architecture studio students then created renderings based on resident input. Vick points out that such experiential learning activities are invaluable in that they offer students experiences that will directly impact their professional lives, where “every single project they will work on will be collaborative. They will have to be working with architects, engineers, and getting permits. Projects like this offer professional, practical preparation for our students.”

The role of Alfie Vick and Jon Calabria – as both River Basin Center affiliates and UGA Landscape and Environment faculty – in the interdisciplinary Tybee Island Back River Study highlights the space landscape architecture shares with ecology and engineering as it brings together stormwater management, habitat, and aesthetic landscaping. Vick’s Tybee Island research reflects his on-going interest in how “nature may be preserved and restored within human communities,” and how that relationship can benefit from ecologically-integrated design solutions.  Tybee Island is a leader in confronting sea-level rise and flooding issues, but other coastal communities in the southeast United States and around the world are facing similar challenges. The Tybee Island Back River Study thus lays the groundwork for increasingly innovative and resilient solutions that effectively respond to issues stemming from sea-level rise at local, national, and international levels. 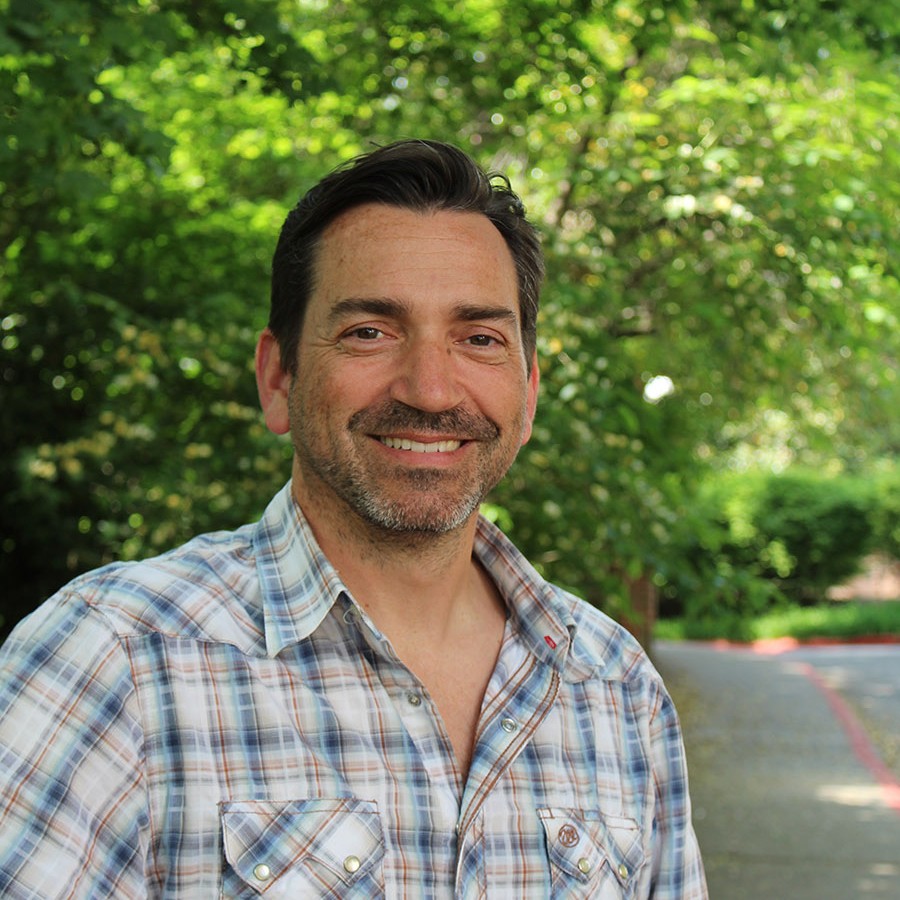 Professor Alfie Vick was interviewed for this project profile. Vick is a long-standing faculty affiliate of UGA’s River Basin Center, as well as an innovative and creative licensed landscape architect and UGA faculty member.

Vick’s interest in preserving and restoring nature within human dominated contexts can be traced back to his upbringing in the Chicago suburbs, where suburban development edged up to rapidly disappearing agricultural and natural areas.

Vick’s dedication to community natural resource management brought him to the Tybee Island Back River Project and informs his ethnobotanical work with the Cherokee Nation and the Eastern Band of Cherokee Indians, which uses evidence-based research and pre-existing Indigenous traditional ecological knowledge.

Professor Vick is a licensed landscape architect and LEED Fellow who continues to practice as a principal at Solidago Design Solutions. Vick’s professional work includes several LEED-certified buildings, including the LEED Platinum headquarters of the Southface Energy Institute in Atlanta, Georgia.