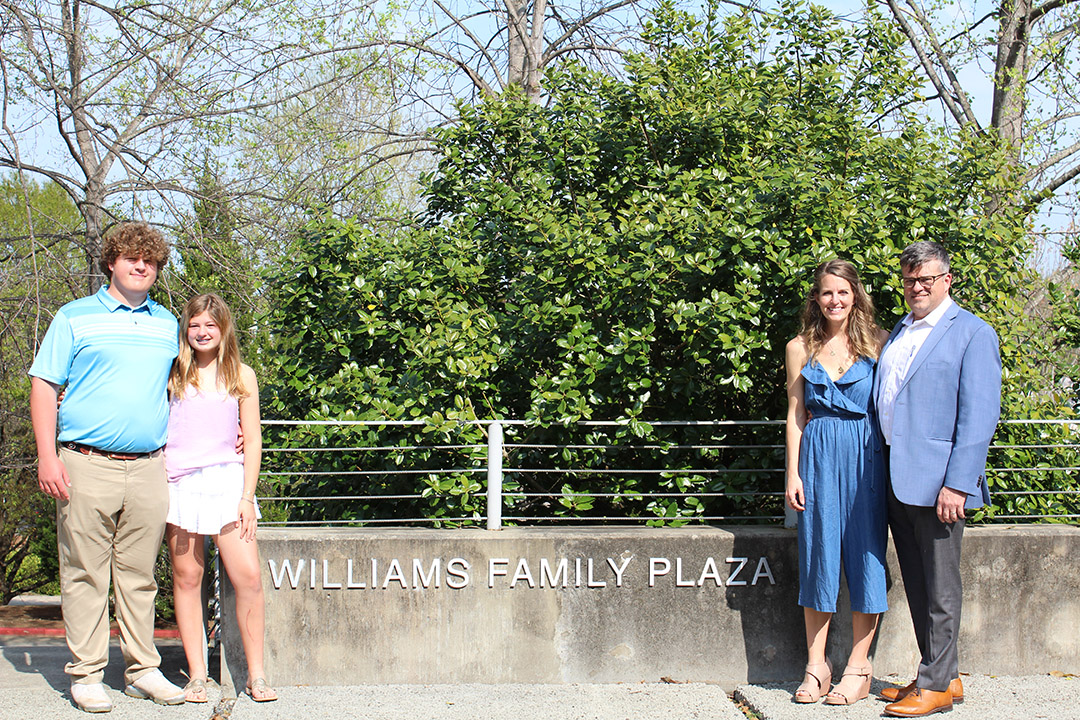 Behind the Jackson Street Building (JSB) exists a small plaza with a patchwork of pervious pavers and a few plants. The space had much potential due to its proximity to the JSB and the North Parking Deck but was never fully realized when the building was renovated in 2012 for the College of Environment and Design.

In recognition of his generosity to the college, the space was recently named the “Williams Family Plaza” for alumni and donor Jon Williams (BLA ’96), CEO and founder of Athens-based W&A Engineering.

Jon immediately recognized the plaza as an opportunity to give back in a couple of ways.  Foremost, his gift honors his parents and thanks them for their support of his college experience that launched his career.  Secondly, Jon realized the benefit in involving students in a creative problem-solving exercise that had the potential to be constructed – right in their own backyard.

This semester, Professor Doug Pardue’s undergraduate Urban Design Studio conducted a design charrette to reimagine the plaza, with support from staff from W&A Engineering, the UGA Office of University Architects and Facilities Management Division as well as other MLA and BLA students interested in the project. The goal was to re-imagine the space to support and expand upon student learning, create a welcoming space for events, showcase best design practices, and provide a smooth thoroughfare for those moving through the space.

“I’m hoping it will be a fun and valuable project for students and faculty, as it will allow us to re-imagine how the JSB’s landscape can serve the college better, and because it will likely end up being implemented by/for CED students over time,” stated Pardue at the beginning of the project. “In particular, I’m hoping JSB’s landscape can help future classes experiment with ideas and materials in the future.”

The charrette was held on site during the week of February 22-26, 2021. The opportunities for the site were not only to create a pleasant social space for CED events and casual gatherings, but to capture the attention of pedestrians traveling to and from the North Campus parking deck.  Students envisioned the plaza to showcase landscape architecture – a program many of them knew nothing about until they came to UGA.

Some of the greatest challenges with the site redesign were addressing frequent flooding from rain events, and not being able to disturb the ground given the location adjacent to the historic Jackson Street cemetery. The constraints placed on the site were a cause of frustration for some and inspiration for others.  “Constraints force you to be creative,” said Pardue. “If the design school isn’t going to push the bar, who is?”

Students presented their rough concepts simultaneously in-person and virtually to receive feedback as the week progressed.  This timely input from faculty and design professionals allowed them take suggestions into consideration and revise their designs for the final review on Friday, the fifth and final day.

The hope is to continue this project outside of the charrette and implement portions of the student design in the Williams Family Plaza. Alexis Kellner, a BLA who participated in the design charrette, said that the charrette “helped [students] get real world experiences and helps us to determine what to focus on as we are designing a space.” Other students agreed and reflected on how it was helpful to talk to a client during the design phase.

On March 26, 2021, the Williams Family Plaza was officially dedicated, with new plaza signage in place. Jon and his wife Amy Stone (BLA ’05), along with their parents and other family members, faculty, and students, were on hand to help celebrate Jon’s tremendous support of the college.  More will be coming regarding the plaza design and implementation, so stay tuned. 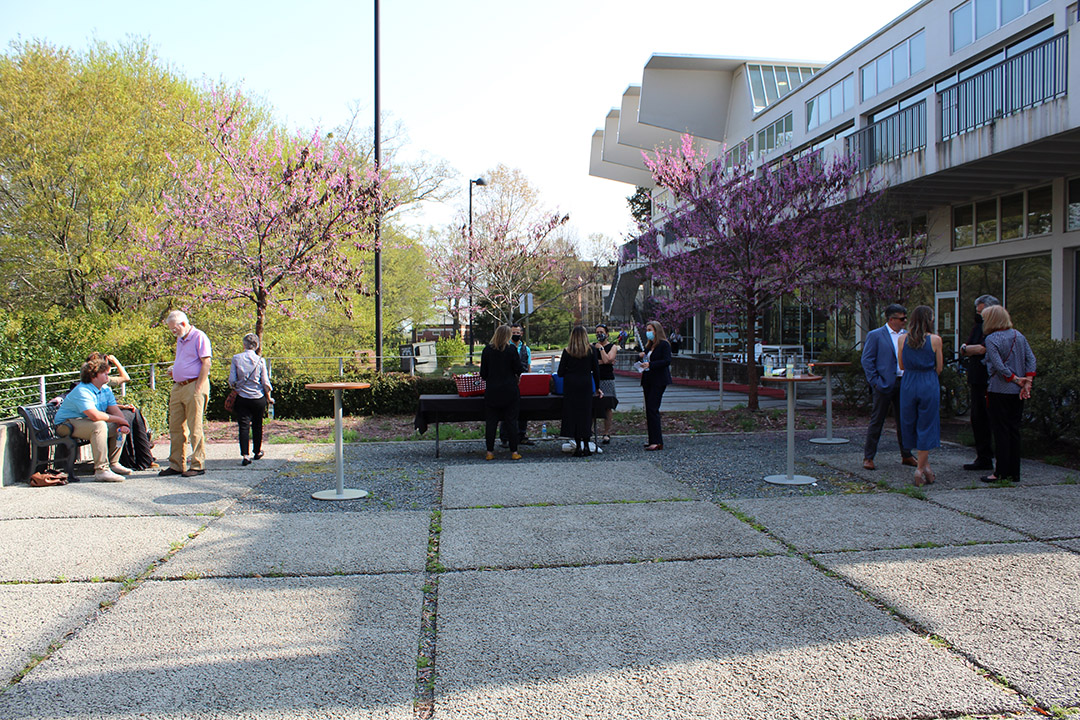