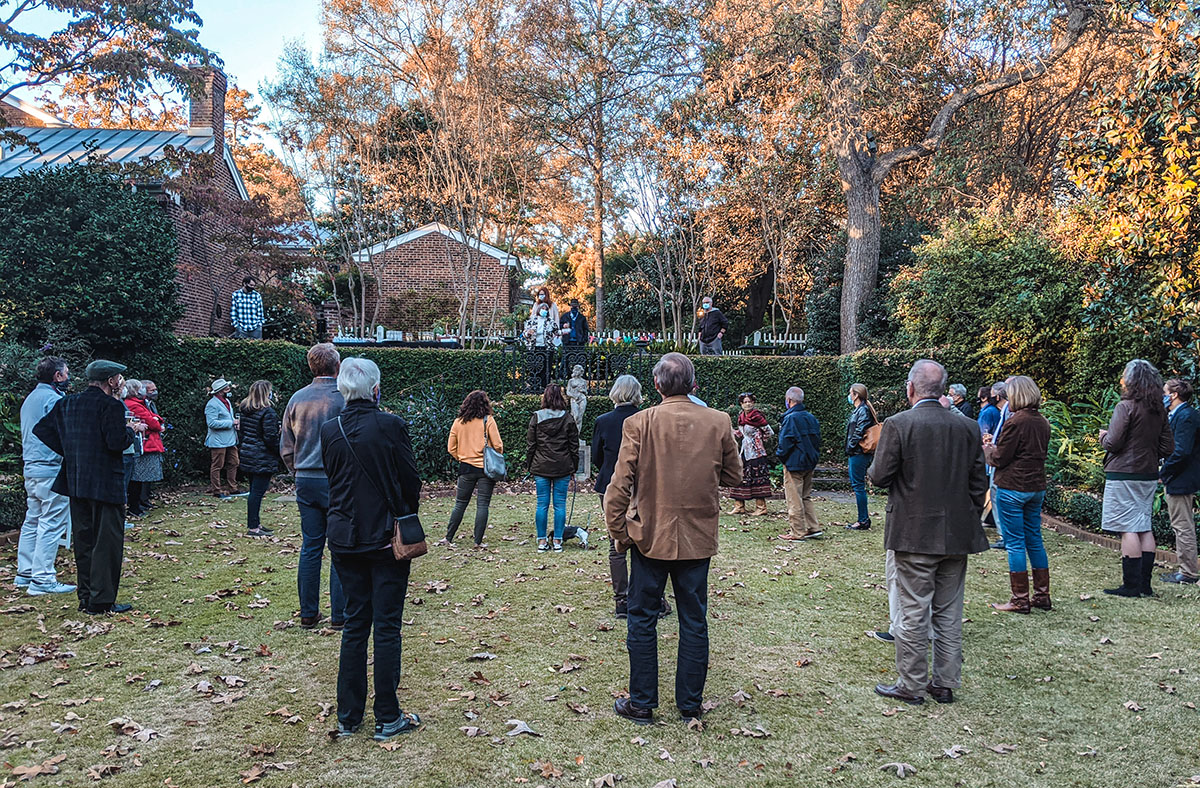 An intimate gathering was held last night in Founders Memorial Garden to celebrate the retirements of several CED colleagues. With the early golden hour light of Fall as a backdrop and champagne in hand, we toasted Brian Orland, Brian LaHaie, and Paul MacGregor, who retired earlier this year, as well as Jack Crowley, Melissa Tufts and Donna Gabriel, who are retiring at the end of December.

Former Dean Dan Nadenicek said of his compatriot, former Dean Jack Crowley, “I knew of Jack before I met him, because he kept hiring away my best faculty from Clemson!” Jack will be remembered as a favorite professor for his patient teaching of hand graphics to design newbies as much as he will be credited for the creation of our Master of Urban Planning and Design program.

Professor Donnie Longenecker shared stories of Professor Brian Orland from when he was a student of Orland’s at University of Illinois at Urbana-Champaign. Donnie recalled a key piece of Orland’s advice, which has stuck with him in his practice and his teaching: “If you can’t explain your design ideas in layman’s terms, then you aren’t doing it right.”

Professor Cari Goetcheus recalled that Professor Brian LaHaie has always been known for his passion for teaching, his stories, his sense of humor and his willingness to help out. He has a special new project this month – a baby granddaughter!

Professor Eric MacDonald spoke eloquently of Owens Library & Circle Gallery Director, Melissa Tufts, who he knew as a student as well as a colleague and mentor, saying, “In Owens Library, Melissa has created a place where knowledge is plentiful and accessible.” He added, “Her vision and commitment to the Circle Gallery has become a community space that inspires”, for Melissa has truly elevated the gallery in its new home at Jackson Street Building, presenting over 60 exhibits in the past several years.

While Andra Walton is one of the newest members of the CED family, she has quickly grown to love Donna Gabriel as much as the rest of us do, recognizing that “Donna is the glue that holds us all together”. Andra shared comments from Professor David Spooner, who stated, “The answer to any question at CED is, ‘Go ask Donna’" – and all heads nodded in vigorous agreement!

Founders Memorial Garden Director, Paul MacGregor, wasn’t able to attend the event, and he was missed as we gathered in his former home away from home. Paul has been a tireless steward of the garden for 3 years. Professor Emeritus, John Waters, remarked that he and his beloved Golden Retriever, Beauregard, already miss Paul’s companionship on their daily visits to the garden.

It is always bittersweet to celebrate retiring colleagues, with a mix of happiness for them and sadness for ourselves, as we have no doubt come to rely on them. This gathering provided another layer of emotion, in that it was the first time we had all seen each other in person in one place since February!

Many thanks to Cari Goetcheus and Andra Walton for hosting this celebration and reunion – it was appreciated by all! We encourage everyone to take some time to write our retirees with a note of thanks or advice. Email addresses can be found in our CED Directory, and cards can be sent to 285 S. Jackson St, Athens GA 30602. 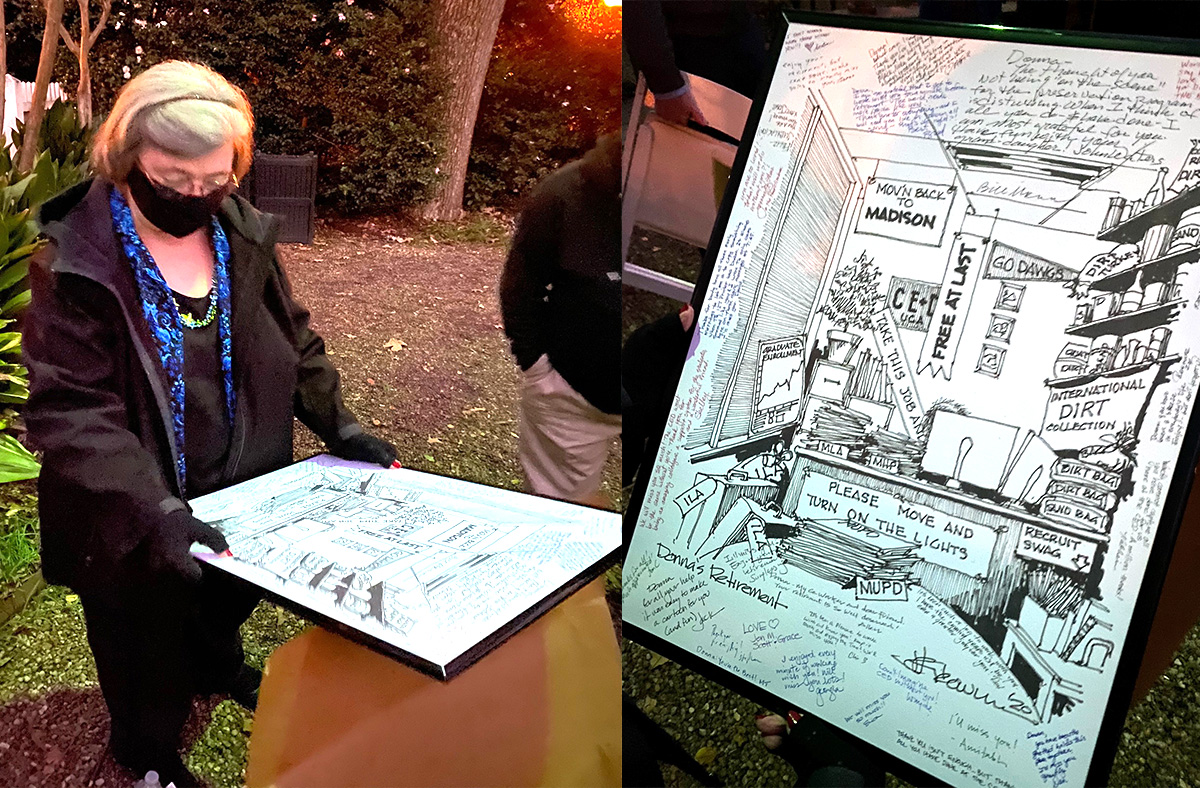