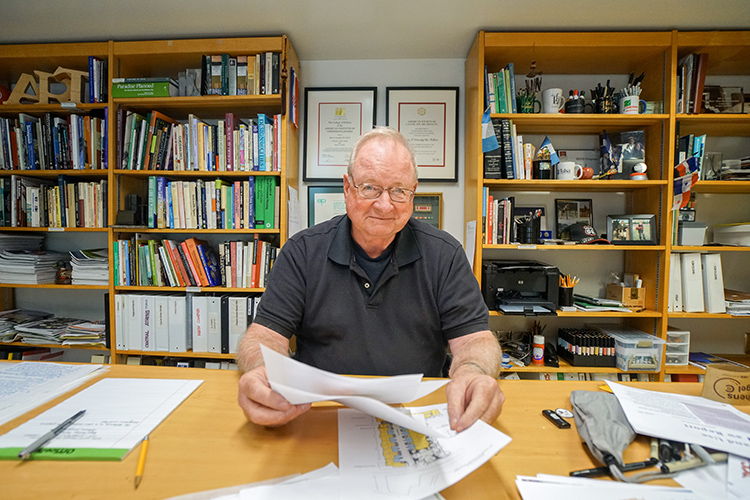 Professor and former dean Jack Crowley retired in December 2020 after nearly three decades at the College of Environment and Design. He has been conferred the distinguished rank of professor emeritus. He began as an assistant professor in 1974 and has since left his mark on thousands of landscape architects, planners and preservationists.

After teaching landscape architecture for three years, Jack left UGA and worked as director of the Tulsa Metropolitan Area Planning Commission, as a senior real estate development executive whose team built more than $2 billion in mixed use projects in six cities, and then as the Director of the Oklahoma Department of Transportation.

In 1996, Jack returned to UGA as dean of the School of Environmental Design. During his 10-year tenure, the School became the College of Environment and Design, increased enrollment, and celebrated a No. 1 national ranking for the BLA program. Jack also founded and directed a graduate program in environmental planning and design (now urban planning and design) and was instrumental in its accreditation. “Jack has had a strong influence on the college and elevated CED’s standing in the eyes of our campus colleagues and our local and regional partners,” says Jennifer Lewis, Director of the Center for Community Design & Preservation (CCDP) – CED’s public service and outreach office that was re-envisioned and renamed by Jack. “He embodies creativity and collaboration – two qualities all of us at CED aspire to be known for.”

This week, Jennifer had the opportunity to interview Jack as he “ponders” his retirement:

Jennifer: What stands out as one (some) of your strongest memories of your time at SED/CED?

Jack: My first ‘tour’ here was when I hired Allen Stovall to work with me when I was Chief Planner for Oklahoma State Parks. [Stovall] moved to teach at University of Virginia and told Dean Nichols that he knew someone in Oklahoma that would be a good Landscape Architecture professor to replace him. I was hired "sight unseen" on the phone. Ann and I looked at a map, found our ‘hippie’ way to Georgia to teach something that I wasn't sure I knew what it was but was told that I had been practicing it very well! Other big moments included coming back 20 years later as Dean, starting CCDP, going [from quarters] to semesters, No. 1 rankings for BLA and our largest enrollments ever. Also, the 5-year experiment with the Institute of Ecology, starting institutional fundraising, founding the MEPD/MUPD Program and running it until its first Accreditation, and being elected to the College of Fellows in both the Professions of Landscape Architecture (FASLA) and Planning (FAICP).

Jennifer: What are you most proud of at CED?

Jack: My students [from the early years] have long gone into successful careers (some already retired!)… Bob Hughes (although he denies that I had the chance to educate him badly), Brad Goode, Dale and Rob Jaeger, Catherine Howett, Dexter Adams, etc.  Hubert Owens was still lurking around.  I was young, finishing my PhD and renting Allen's house on Pulaski Street… the same one that Mayor Girtz owns now.

Jennifer: Will you be able to stay connected with the college in the future?  Any specific plans we can look forward to?

Jack: I hope to teach two courses/studios each fall and help ‘finish up’ four PhD candidates. I’ll continue to serve on the Board of Trustees of the Pan American School of Agriculture (Zamorano University) and develop their Honduras Campus. As President of the Classic Center Foundation and Vice Chair of the Classic Center Authority, I’m involved in the $250 Million development on the Classic Center campus. Plus, I'm looking at two downtown area development projects for investors. Lots of travel, fundraising, golf, and morning coffee in nice cafes.

Crowley is known as a leader who has set the standard for making hard work be fun and look effortless. He also has found ways to give back to the places that hold meaning for him.

“Jack has demonstrated an incredible commitment to student success,” says current Dean Sonia Hirt. “He has given generously by establishing a professorship, a graduate fellowship and a graduate support fund at CED — all greatly enriching the lives of our students and faculty.”

The CED community is invited to honor Jack’s legacy and passion with a gift to the CED. 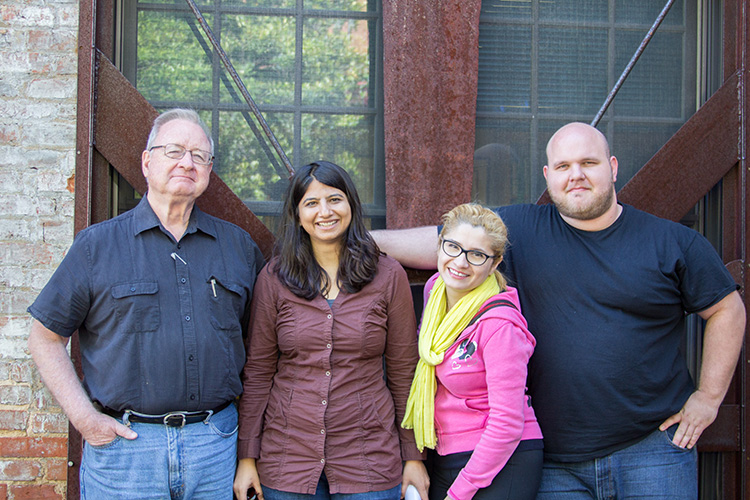 Jack Crowley and former students in front of the historic Tanner Lumber Building, home of the CED Master of Urban Planning and Design program