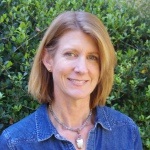 Shelley Cannady is an Associate Professor in the College of Environment and Design. She has taught a wide range of courses at UGA, both at its main campus and in Costa Rica. Most of her design courses include real-world projects with community partners in which students gain experience working with clients and physical sites. Originally from northern California, Prof. Cannady has lived and worked in a variety of locations and is inspired by extensive travel experiences. She lives on a farm property where she manages a production winegrape vineyard and indulges her interests in agriculture and nature.